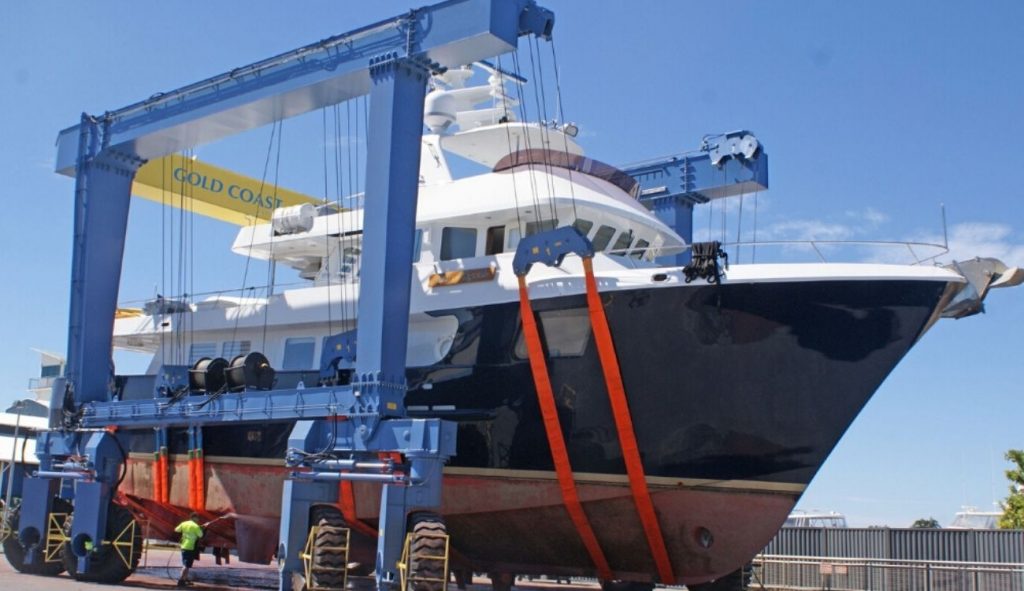 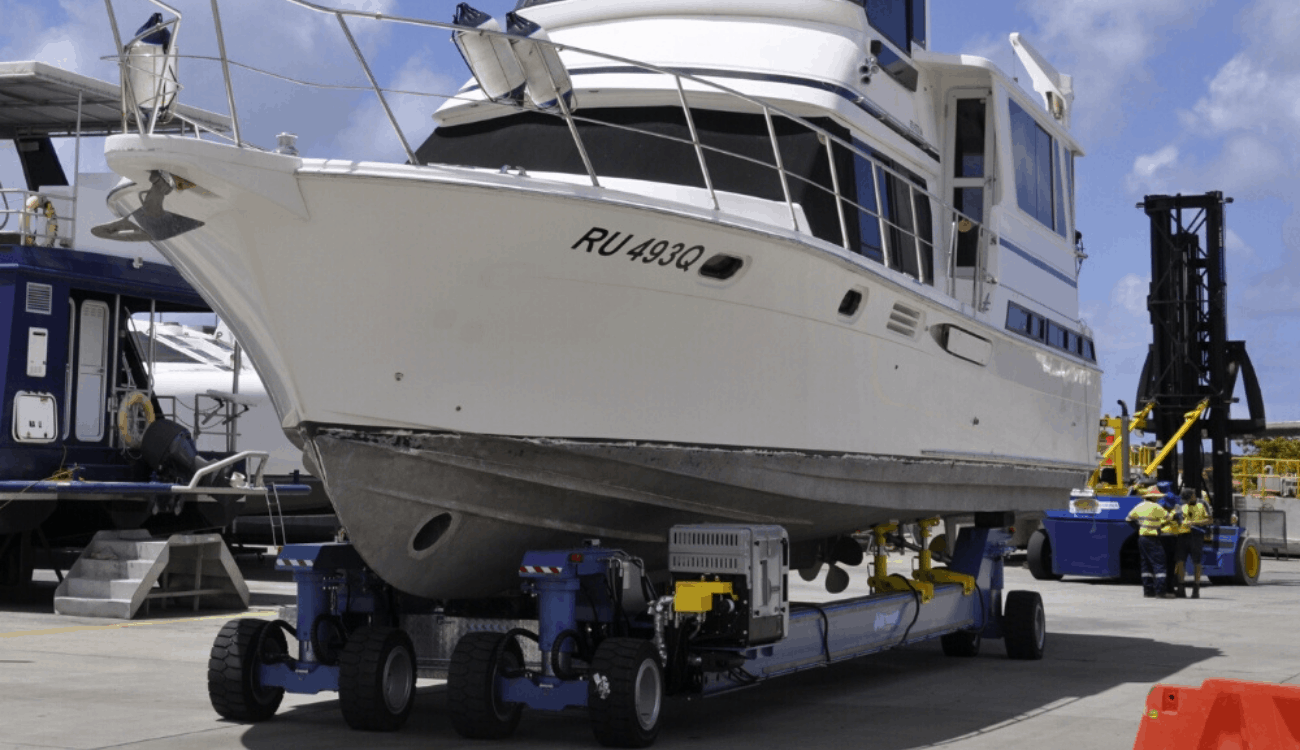 On the Queensland Gold Coast at the GCCM Marina in Coomera, the founder, Patrick Gay AM, and his son Trenton, invested in a Model BHT250T Boat Hoist. The facility was already the most extensive in the Southern Hemisphere, but now it had been taken to the next level and has proven to be a masterly game-changer in the Marina Services area.

The BHT250 has an industry leading “fore/aft” dual wheel arrangement, at each corner, as opposed to the more common twin “side by side” wheel arrangement. This configuration was critical in this application, to ensure the overall width of the new Ascom BHT250 as well as the ground pressure, would not exceed those of the old 150t unit that was being replaced.

The custom wheel assembly solution developed by the ASCOM technical office in Bologna, met those requirements. As a result, the new BHT250 operates safely on the existing peers, on the existing hardstand area, and in the existing boat halls.

The 1st vessel to be lifted was the M/Y Oceana, a 290-tonne, 55 metre vessel.  Read the full story and see the time lapse video by clicking the green button.[/vc_cta]

The MBT45 self propelled boat trailer, ordered and delivered at the same time, is a very valuable addition to the fleet at GCCM. This little trailer can handle the vast majority of the vessels that are routinely serviced at GCCM. The trailer receives the vessel from the boat hoist and then carries the vessel to the intended location anywhere in the facility. This leaves the boat hoist free to launch or retrieve other vessels.

More importantly, the MBT45 sits under the vessel and therefore within its beam width. This allows the vessel to be located much closer to the vessel next to it, thereby significantly increasing the usable floor space on the hardstand. The MBT45 can also be used to park two vessels side by side inside the existing boat halls. Previously, these boat halls could only ever accommodate one vessel (regardless of size) when it was being positioned by the boat hoist.

ASCOM Self Propelled Boat Trailers have the following Standard Features:

We invite you to Contact Us to discuss your project